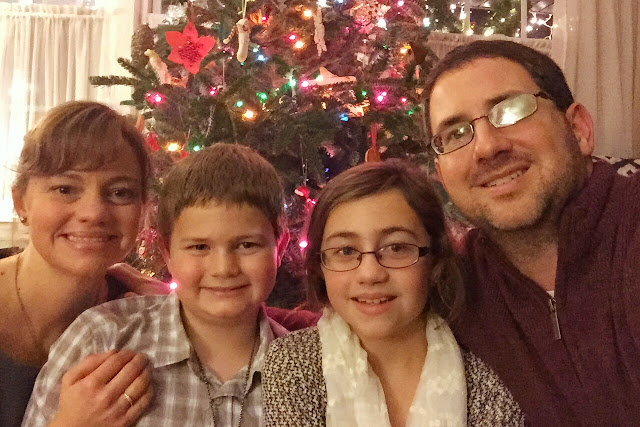 What a nice Christmas break we've had!  Two full weeks off of school! The weather could be bad (but it's not- we've needed just a jacket all month), I could have been required to fold twice as much laundry (seriously, how four people make so much laundry I don't know),  we could be housebound without things to do (thankfully not though) and it would still be a nice break.  Two full weeks is a wonderful treat. 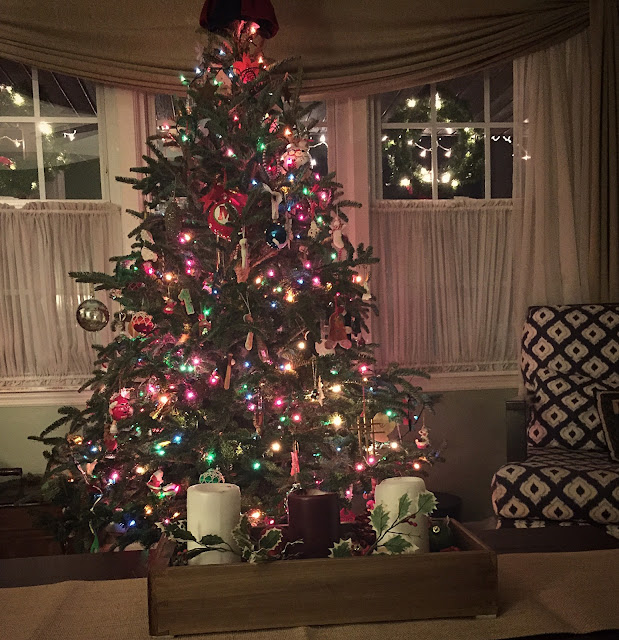 We even had a few days off of school before Christmas which was such a delightful treat.  Errands were done.  We were reseted.  I didn't feel rushed when Christmas came.  I didn't even have any papers left to grade.  I'm pretty famous for grading on Christmas Eve and Christmas Day and New Years Eve and my birthday and well... really, every day. 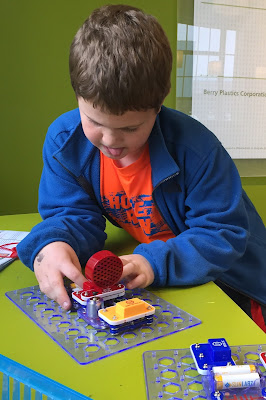 We used some passes from a student to visit our local Children's Museum.  We hadn't been in at least a year but I had passes with an expiration date. 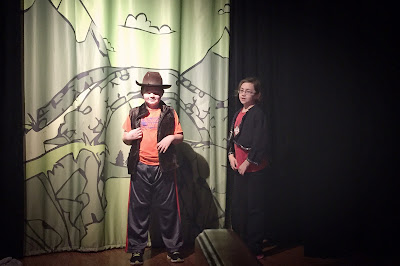 I had thought the museum was now too young for them, but they had the best time they have ever had.  Our school was out two days before the public school and we took advantage of that- there might have been 12 kids in the whole place.  We took friends and made a day of it.  The trampoline place in town, a restaurant with a pizza buffet (I'll pass next time), and the children's museum- kid fun day/mom exhaustion day! 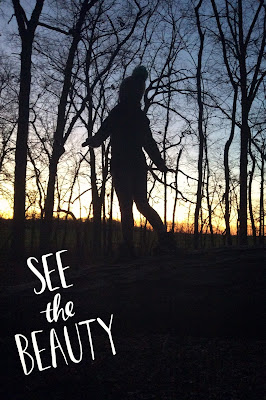 Bee spent a few days at my sister's farm for some girl time and really enjoyed herself.  She sent me this photo on the first evening there. I had a book on tape from the library and didn't mind the hours in the car to take her and pick her up.  I learned a lot about the Oregon Trail- want to talk about it?  It was fascinating book and I can't find many (anyone?) who wants to hear about it! I've always loves that period in history. 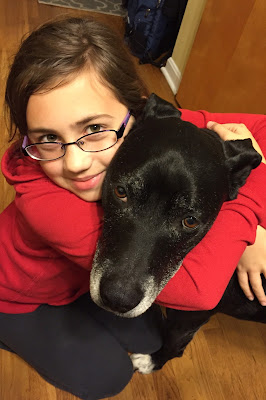 Bee was glad to be back and we were glad to have her home.  Tippy sure seemed to miss her. 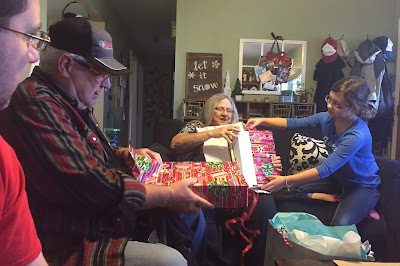 We spent Christmas Eve with hubby's parents.  We opened presents early so we have time to play, then ate and went to the evening service at church. 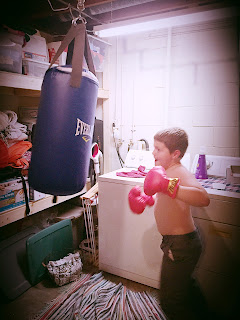 Lou received a punching bag.  It hangs in my basement laundry room.  It scares me every time I walk in there.  It sort of looks like a bad guy hiding in there to get me while I fold laundry.  And you know I'm folding more laundry than is humanly possible. Sometimes I bump into it with my back while I reach in one of the machines.  It startles me and I'm pretty sure I'm being attacked. 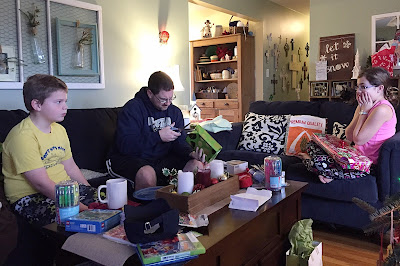 Christmas morning we do our own thing, just the four of us.  I make white chocolate chip scones and the kids sleep in.  We open presents and hang out.  Hubby hurriedly picks up the wrapping paper trash.  Bee puts her new items in their new places right away and Lou leaves his out scattered around the house until I threaten to throw them all in the trash. 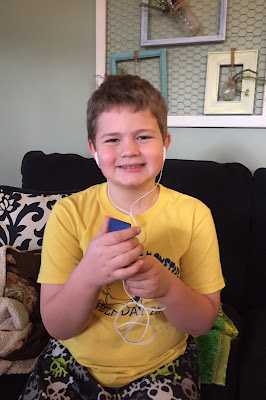 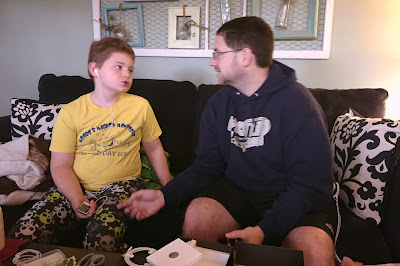 It was too warm to wear our fleece Christmas pajamas.  I won't complain! 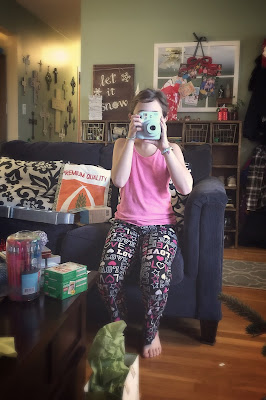 Bee wanted an instant camera.  It' like 1974 at our house!  There was a long discussion about how much each photo she takes actually cost (that film is pricey!) but she didn't seem to get it (multiple photos of the cat, a picture of her alarm clock, etc) until I mentioned that when she was out of film, she was out of film.  She had what she'd received for Christmas and then she'd be buying the next rolls of film. There were practically tears as she realized- she's now a choosier photographer. 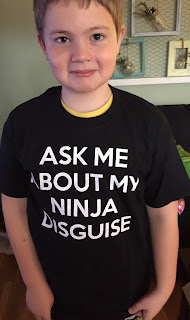 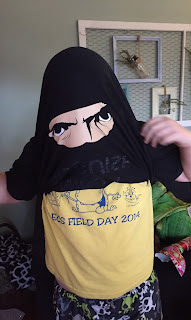 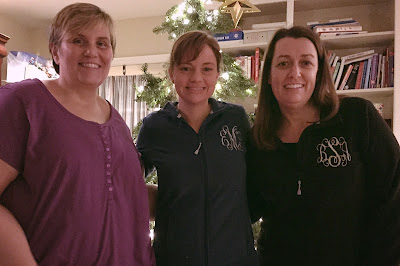 Which meant, Lou was one lucky boy, spending Christmas day with his teacher! 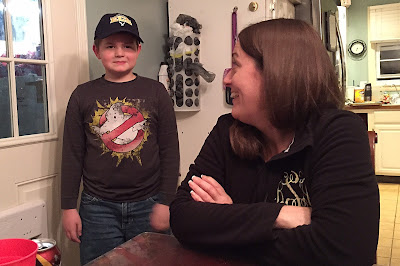 Neither seemed to mind. 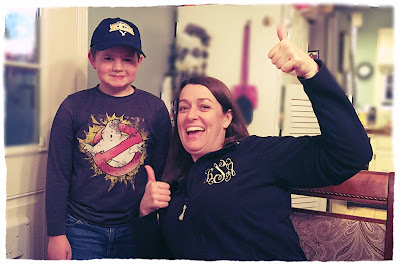 It was the Michigan's family turn to host sibling Christmas.  To my brother's we went.  I didn't mind the long drive, I had a captive hubby to discuss the Oregon Trail with! 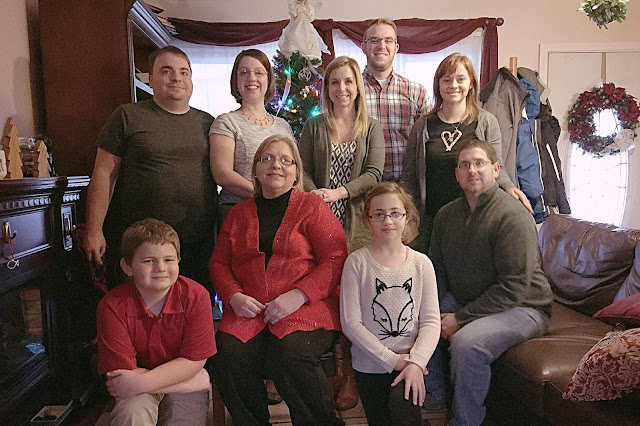 We had planned on snow skiing, but they had as much snow as us- none!  Bee received enough film to last until Valentines Day, which she's hoping she'll get as a valentine. 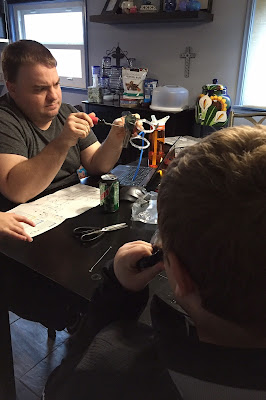 We visited their children's museum, ate pizza with apples and granola on top, played lots of board games, drank more Izzy soda than a person should, built pop can robots, 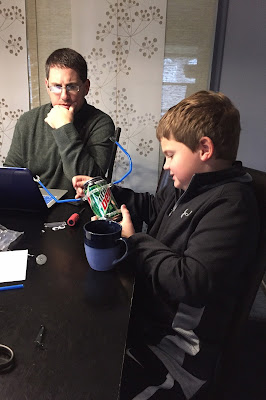 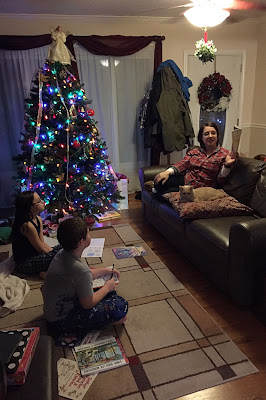 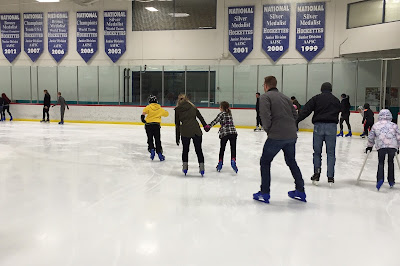 (Bee and my sister are in the middle of the picture, her hubby is behind them.) 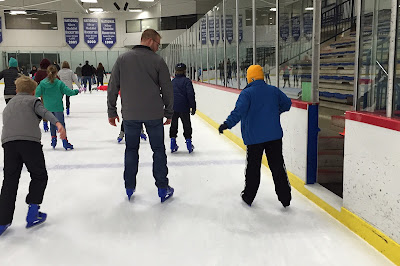 (Lou and my new brother in law are in this picture.)

We returned home with days to spare.  Did I mention two full weeks is delightful?  When everyone in your house spends their days at school- it's a big deal!  The Christmas decor is down, the house is tidy and back to normal,  report cards were completed, errands have been done, we are rested and ready for second semester.

Posted by mama bee designs at 9:10 AM No comments: