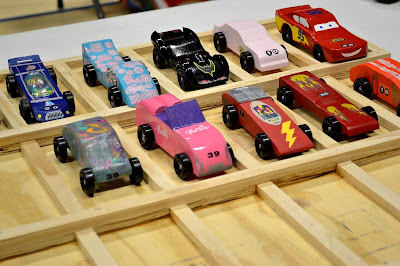 The kid's school had a grand prix race which Lou decided to participate in.  Big move for Lou!  Bee had no interest.  This was our first time working up a car but loved it.  The rules are so specific and the 'tips and tricks' out there are endless.  (He's the red with lightening in the front- his design)﻿ 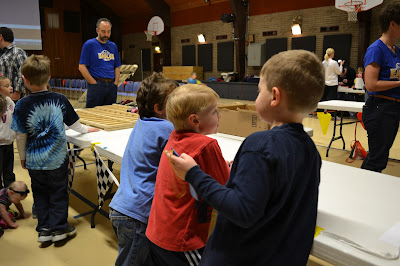 He did most of the work, like the directions said. It looked like some others followed that, maybe some not so much....  just saying. 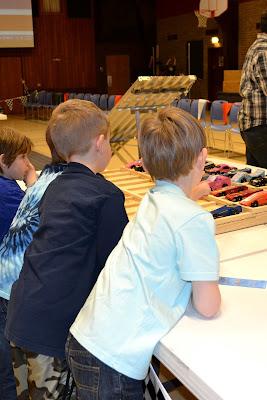 Turns out that we're pretty good car builders!  That's his red one on the track, closest to us. 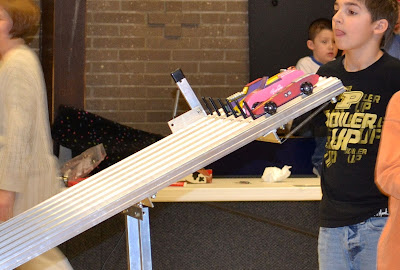 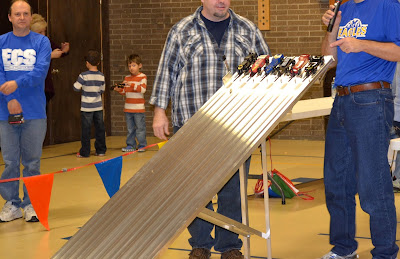 He raced in several heats, took a couple firsts and the rest were second places. 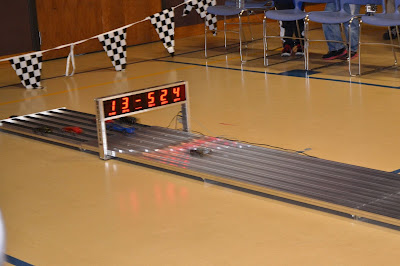 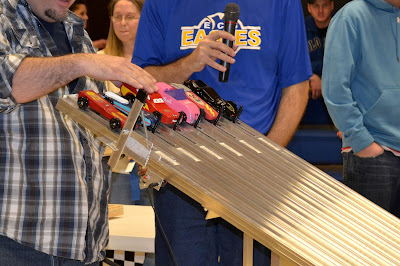 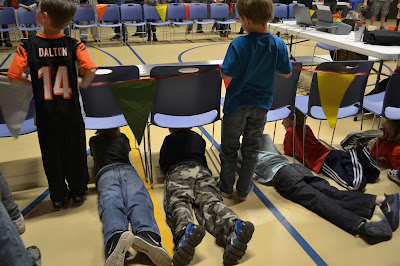 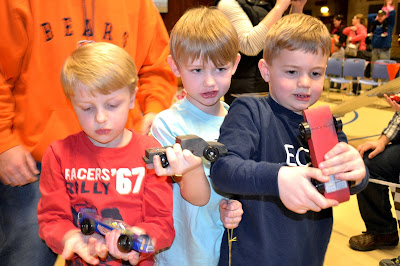 I think we ended up with an overall 4th for kindergarten.  We've already been talking about plans for next year!
Posted by Beth- the mama bee at 9:12 AM

Building a pine wood derby car was always an annual event for Thompson and his granddaddy during spring breaks. And usually had they really good results! Even as an adult, he will tell of great memories, planning, building and racing the cars.