And then all of a sudden, she turned nine!

That Bee of ours went and turned nine.  That's like, old. 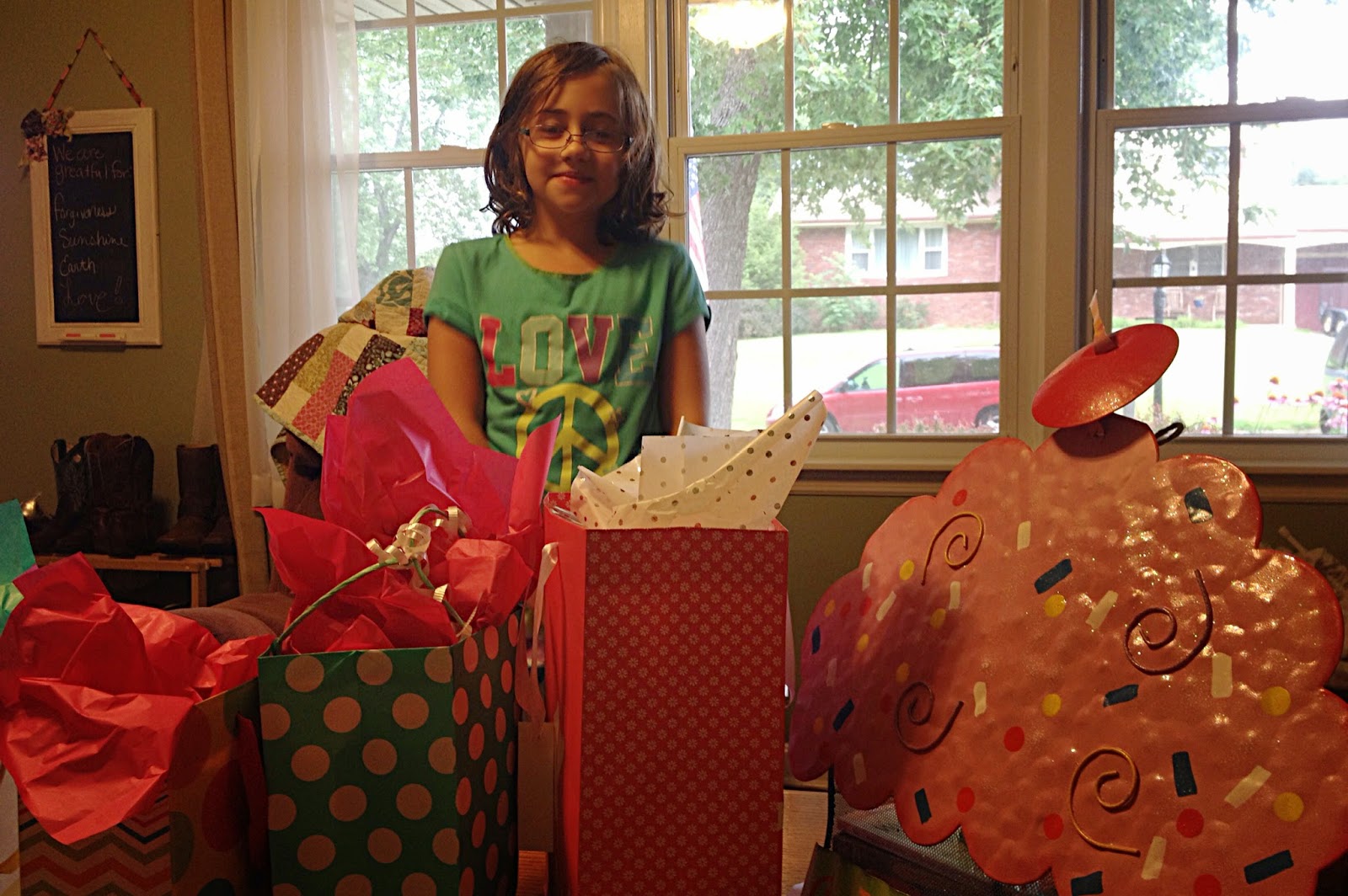 She wanted a slumber party.  She got it, but it might not happened again for some time.  I was up with the giggling girls until at least 3 am. 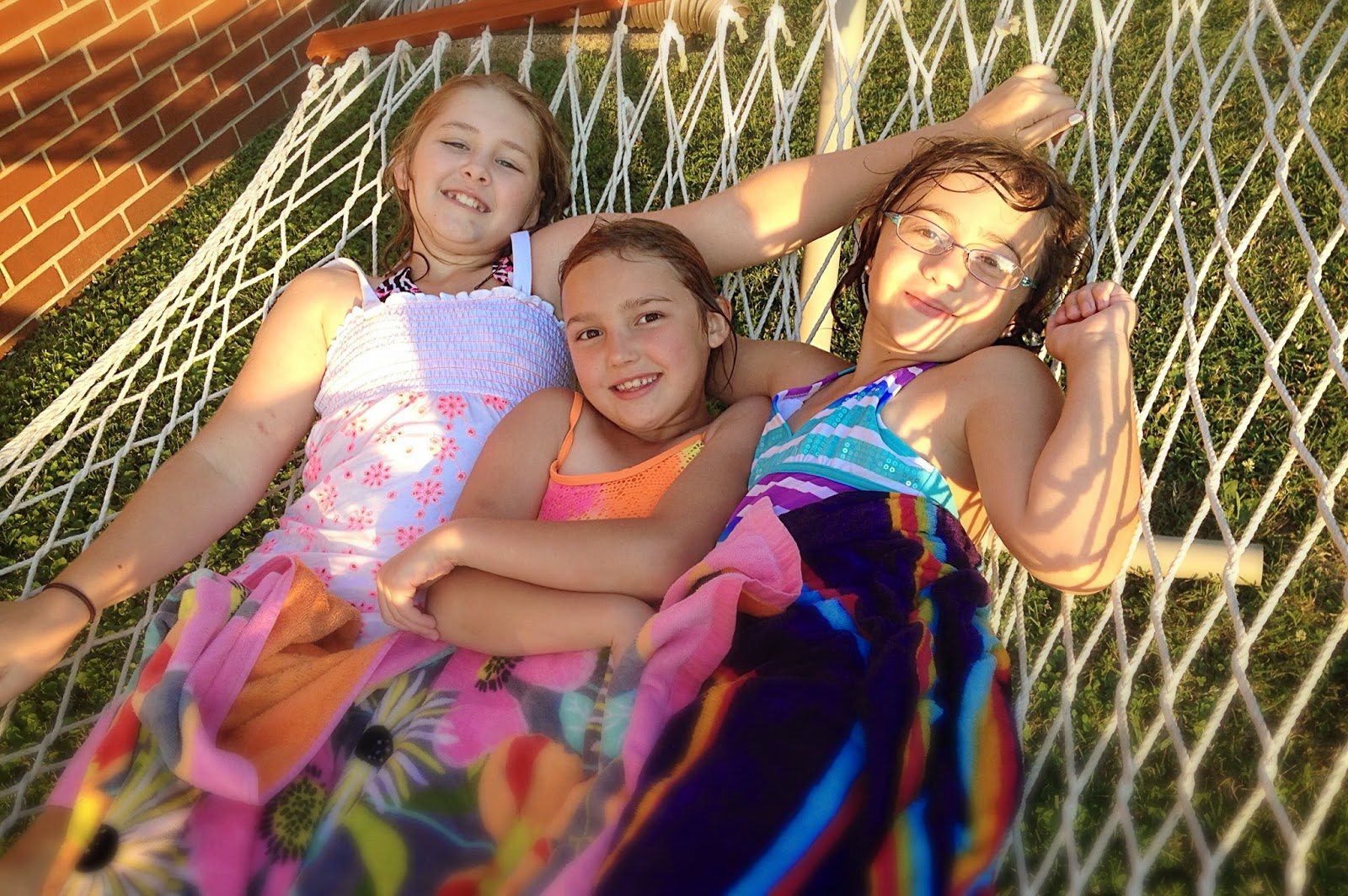 I think it's almost more tiring to sleep for 10 minute increments just to be woken again, than to just stay up. 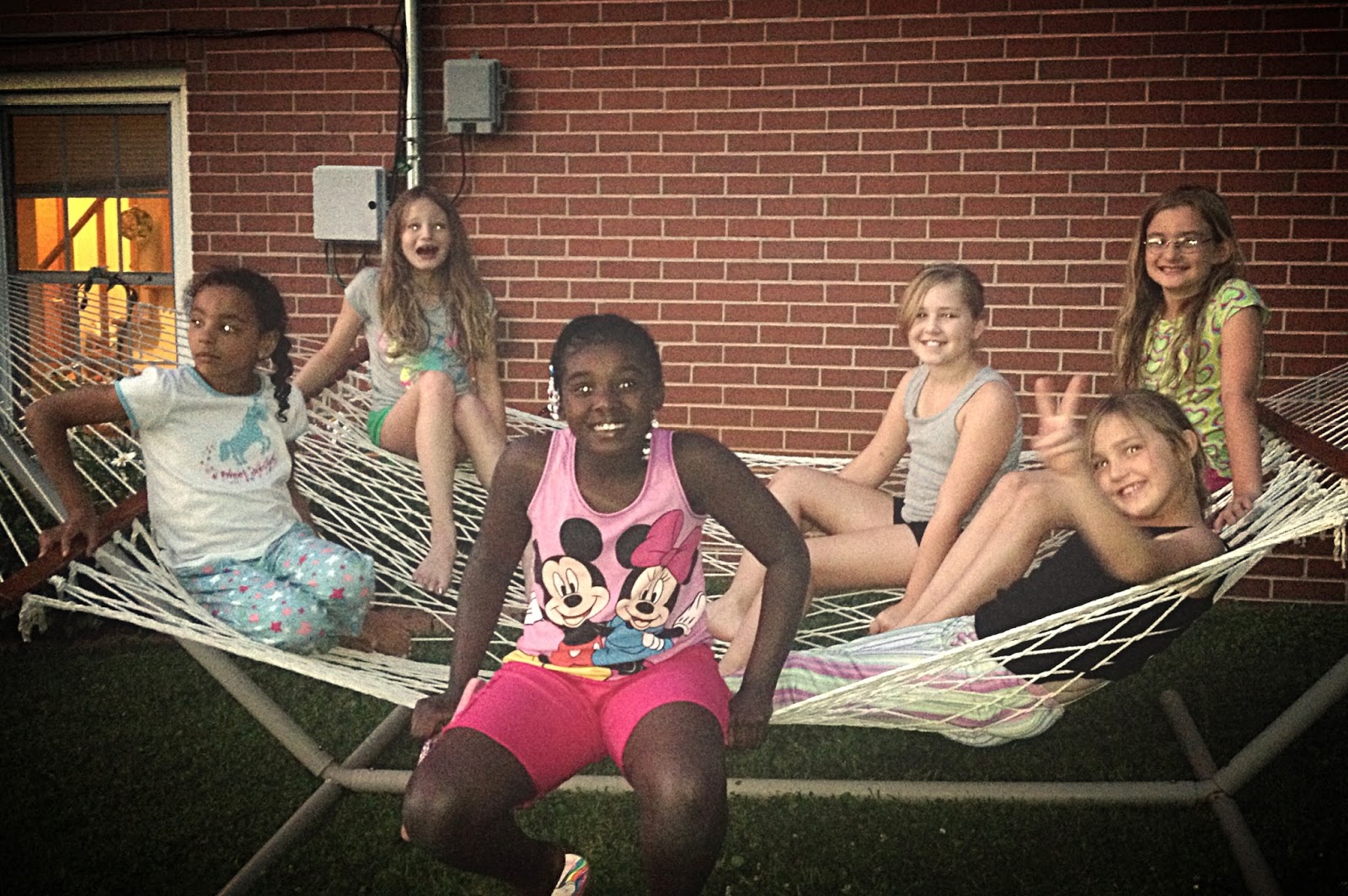 Her birthday wish list had grown up things on it, not a single toy.  She wants clothes and electronics and gift cards and her room to be redone.  She wanted the 'little girl' feel out of there and a 'modern feel' to take over.  She got it-  I'll have to see if she'll post pictures on her blog of that! 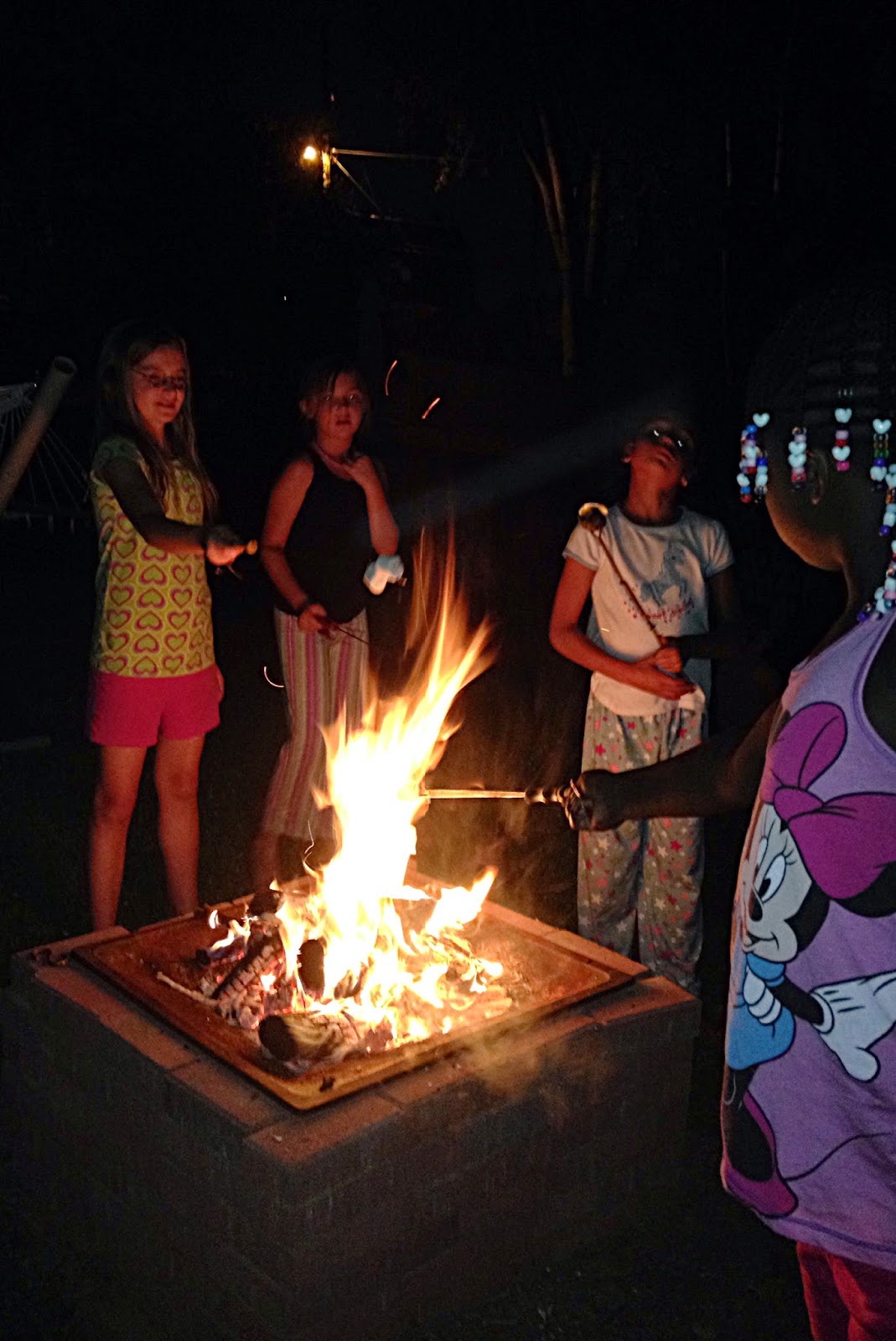 Bee wanted Smores, although we had already had plenty of sweets.  She wanted cream cheese squares and strawberry shortcake cupcakes along with chips and  Papa Johns Pizza. 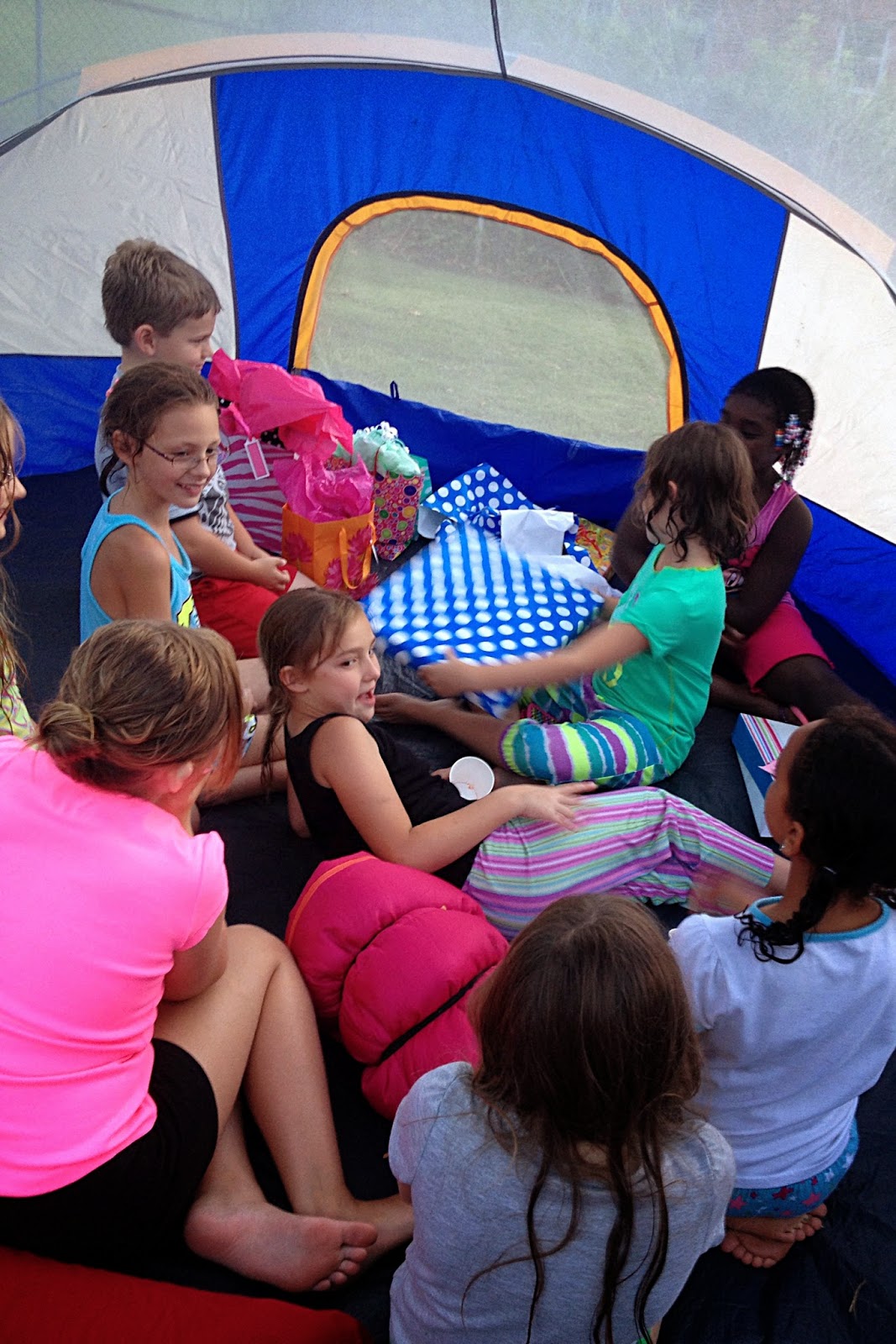 They swam and then opened presents in the tent.  I had hoped for them to swim a good deal longer, but they were really pushing the activities along.  Since this was a 'no stress' party for me, I planned little.  The theme for both kids parties this year was 'no stress for mama'.  Most food and treats were prepared ahead of time and all the activities were simple and mostly kid play.  I've certainly done parties with gobs of detail, this was not that. 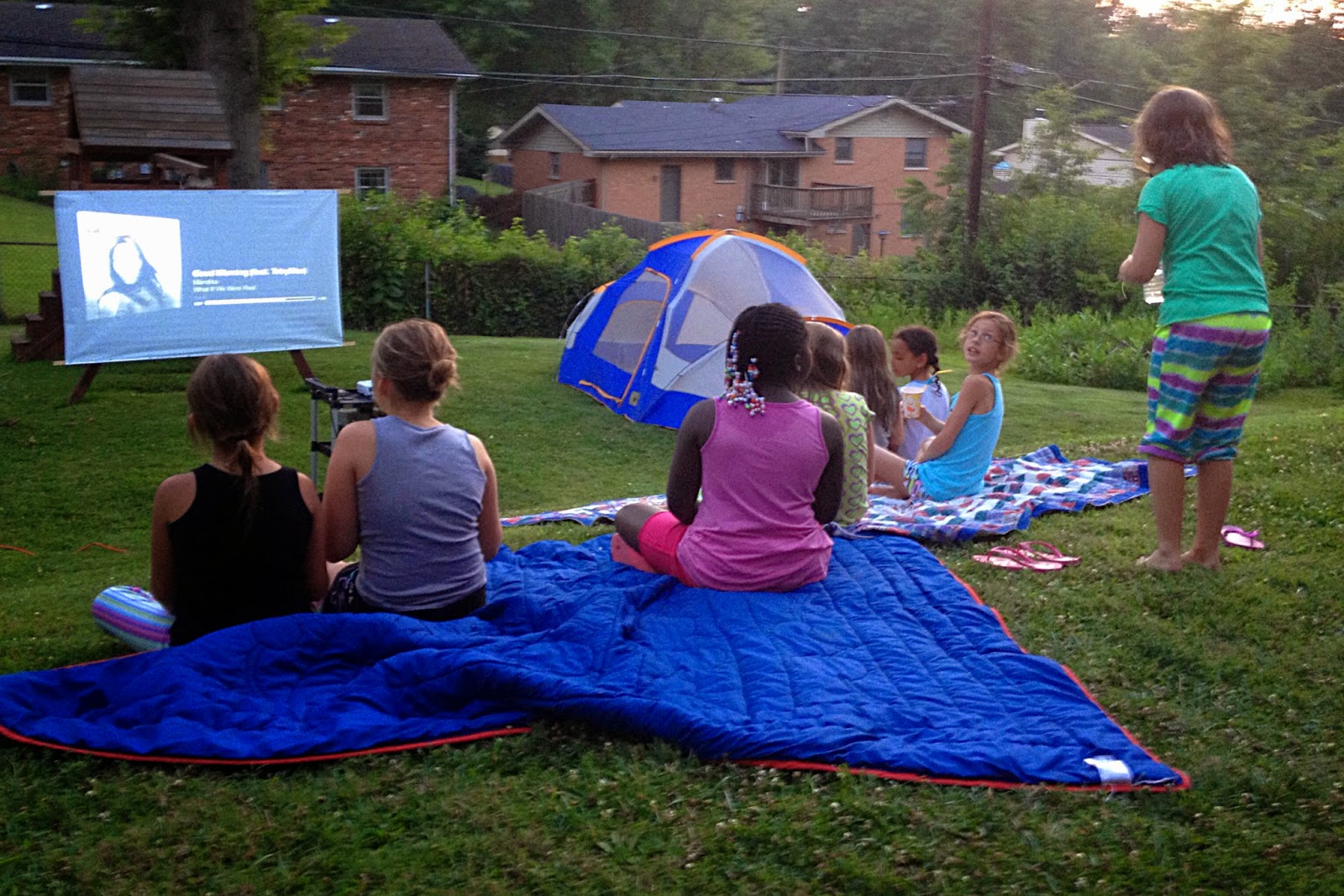 They watched Soul Surfer and then set off paper lanterns.  I love paper lanterns.  And then we almost set two neighbor's roofs on fire.  Take note, I will not be doing paper sky lanterns again.   I scurried for a garden hose and hubby ran for a ladder.  We managed, but it was a little hairy for a moment. 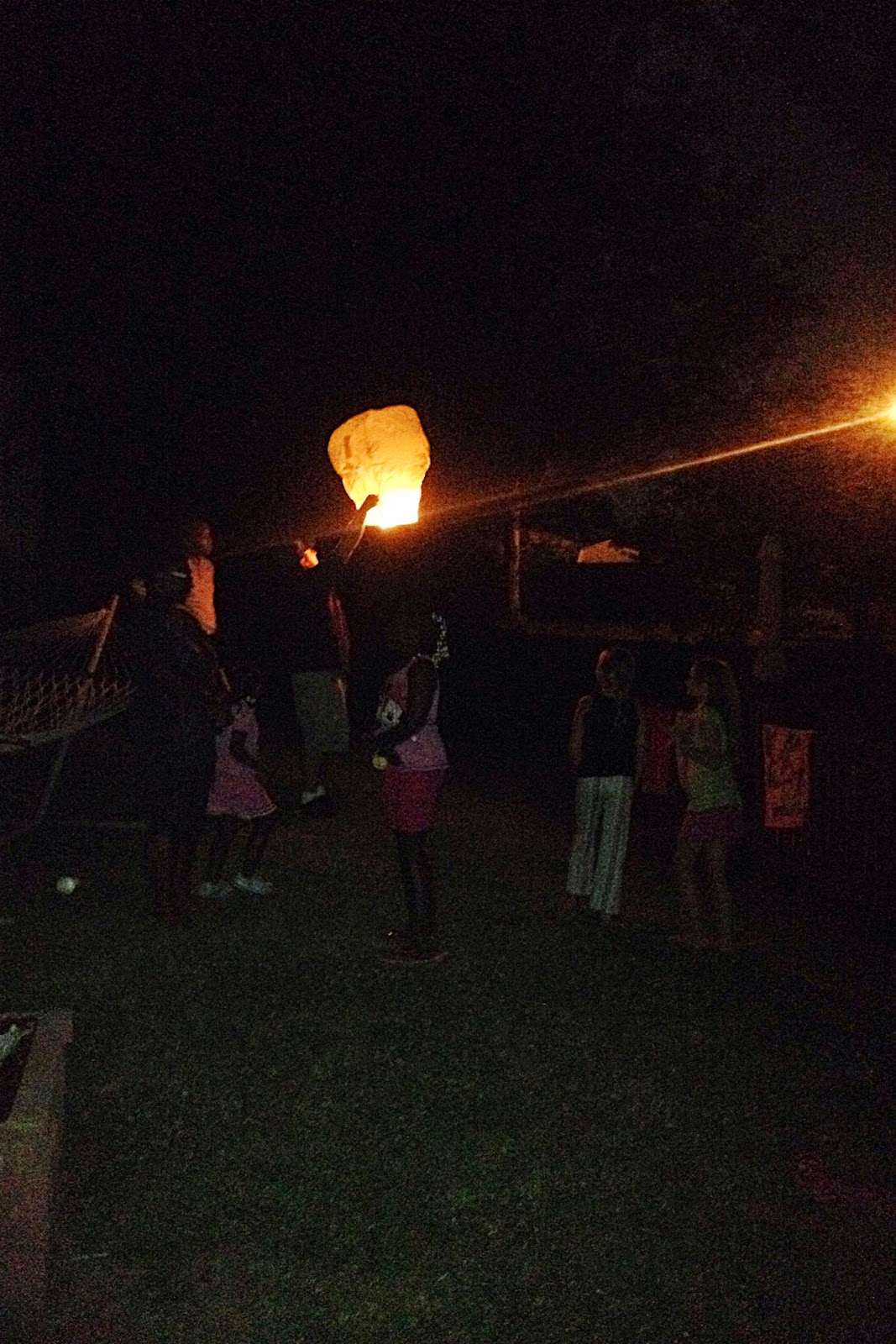 The girls had planned to sleep in the tent, but a noise early on scared them into the house.  The good news is the girls finally fell asleep, I finally fell asleep, a few girls brushed their teeth and  no one had a roof fire.   Always signs of a successfully party I guess.
Posted by Beth- the mama bee at 10:56 PM