I've been waiting until she was old enough to make it all the way through, and this was the year. I took Bee to the Nutcracker for a girls day. We got all dressed up and even put on a little blush. Bee adored it! When I asked what her favorite part was, she said "all of it!" I know she was getting a little bored during the second act when there are the longer dances, but she was great. 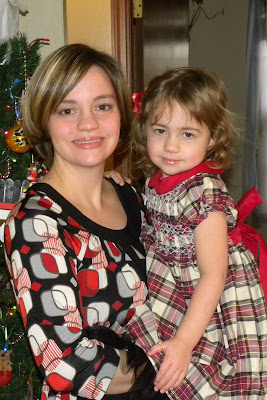 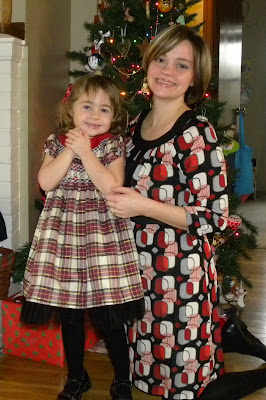 After the show, they had a tea party for little girls. The girls got their picture taken with the Sugar Plum Fairy and Cavalier (I still need to scan that one to share) who are in real life a married couple that travels the world dancing together. They had the most delicious cupcakes and gave the girls come crafts to work on there and one to take home. Some others from the ballet came and did photos and autographs. Bee was excited to see Clara (who is called Marie in our book of The Nutcracker) 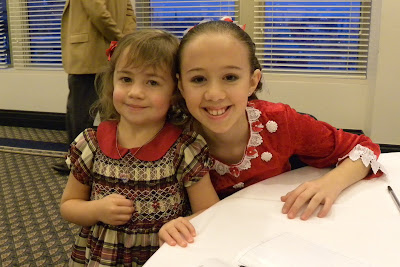 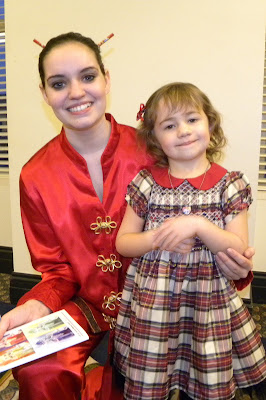 While the girls were out, the boys took a nap and went to McDonalds. I think we had the better plans! Lou asked when he would be old enough to go to the ballet.
Posted by Beth- the mama bee at 6:12 AM

She is Claire in the plays Meg and I have attended. I get sleepy in the second act also. I don't believe I have ever not had a nap during the Nutcracker.

I'm getting sleepy reading about the nutcracker zzzzzzzz