Here is a current favorite at our house, a pumpkin search. Last year at co-op preschool I made this set of pumpkins; it's just puffy paint on foam paper. I hid them around the room and then the kids found them. Simple. I thought it would be a short lived, one time activity. I was wrong. We played over and over and over. Then we played with them all of November too. By December, I realized we were on to something. We had a Christmas themed set, some Valentines hearts for February, shamrocks in March, and eggs in April. 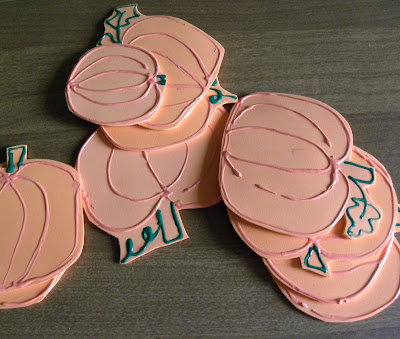 We have been playing them at the house a lot. Bee is a good hider, not to hard, not to easy. Lou..... he needs some assistance. Here's what happens when he hides them: 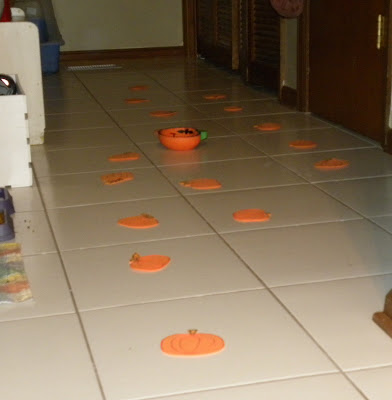