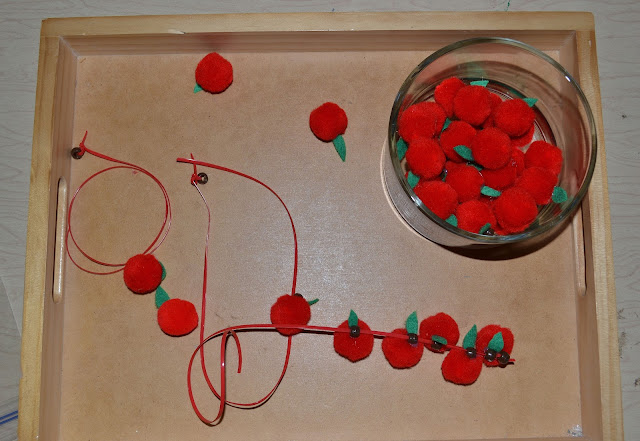 Here's a few other preschool things I've been working on to full our shelves during our morning table activities time.  I saw this apple stringing activity somewhere.  I went back to check on pinterest and I can't find it anywhere, so maybe that's not where I saw it.  I know I didn't think it up. Maybe someday I'll be so clever. 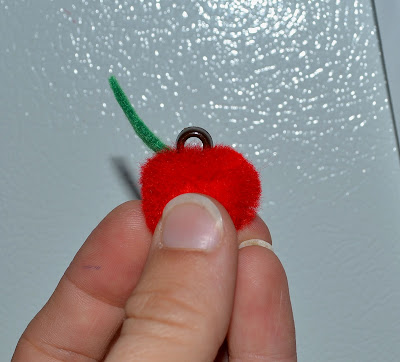 Red pom poms get a brown plastic pony bead hot-glued on the top with a little green felt scrap.  As long as you don't smoosh the bead down into the fluff when you glue it, a lace can run through the bead. 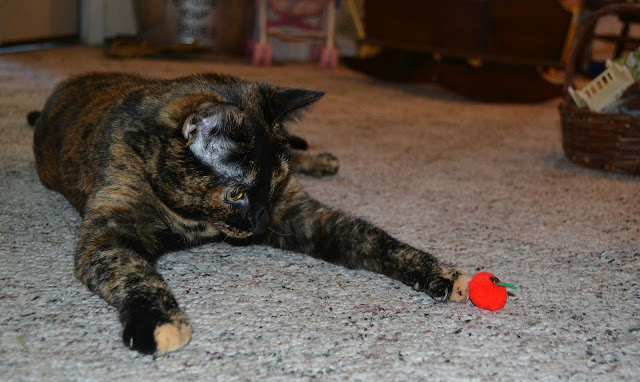 It's hard to keep anything pom pom or pipe cleaner made sitting out in our house.  The cat think she's a dog and plays fetch. 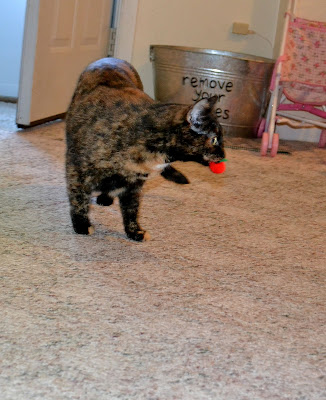 I've been saving little plastic containers with screw top lids, I wasn't sure what I had in mind, but I was envisioning containers that could be filled and dumped and the lids screwed on and unscrewed and dumped again.  I have several ready, but  don't think this activity is ready to go yet.  Bee and Lou have been playing with it  though. 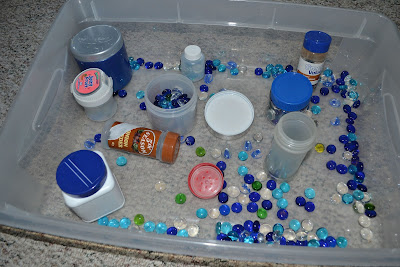 My dad sent me home from my last visit with four boxes of shells.  He's a collector of things too.  I turned a bunch into activities for school.  Some medium shells became a stringing activity.  A lot of them already had holes, from critters I guess.  Others, I drilled holes in with a regular drill bit. 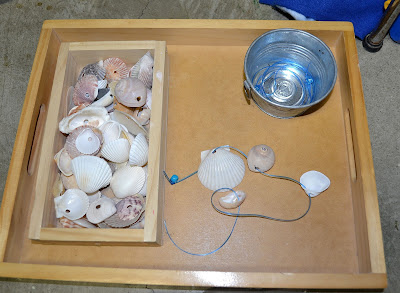 A bowl of rather smaller shells became a transfer activity with a set of tweezers/tongs. 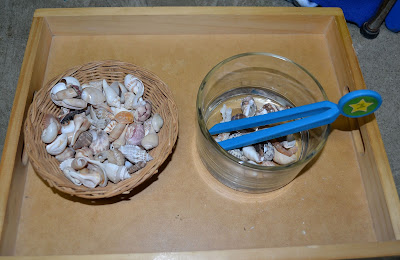 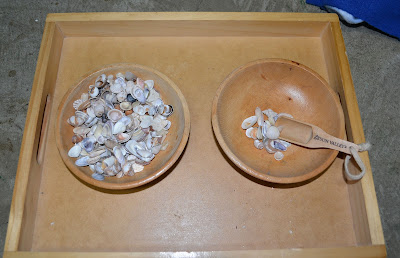 Some neat large ones became pieces for our loose items table at home.  This is the favorite activity at home right now so I'm sure it'll end up at school sometime.  I'll take some pictures of this for tomorrow. 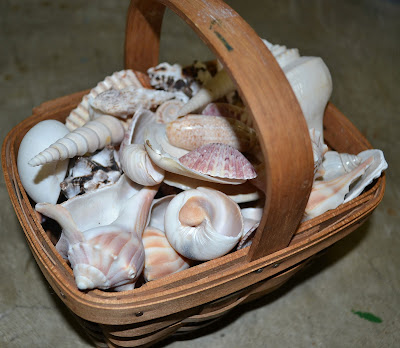 Sorry it's been a little heavy 'preschool' themed over here, but school starts right after labor day so I've sort of been in school mode for a little while now.
Posted by Beth- the mama bee at 1:56 PM

I love the apples! And 'preschool heavy themed' is wonderful. Thanks for all your great posts!